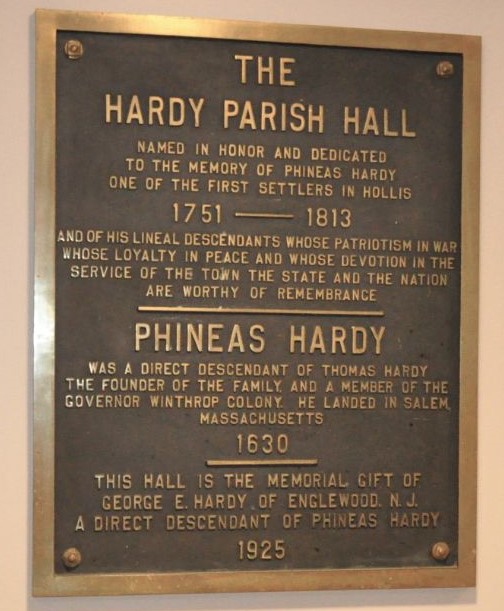 Anyone who is a member of the Congregational Church of Hollis, or has visited the church, is usually familiar with Hardy Hall (more formally called Hardy Parish Hall), which is the fellowship hall in the lower level under the Meetinghouse. There is a brass plaque in Hardy Hall (see image above) that was rarely noticed before our current renovations due to its inconspicuous location. Now the plaque is prominently displayed as you walk into the newly refreshed Hardy Hall (with its much wider entrance and from which you can walk out onto the new Squires Community Patio). The plaque explains that Hardy Parish Hall was dedicated in 1925 and named in memory and honor of Phineas Hardy, one of the earliest settlers of Hollis (living in Hollis from 1751 until his death in 1813).

So, who is this Phineas Hardy and what makes him worthy of the fellowship hall being named after him? Well, it doesn’t hurt that George. E. Hardy, a public utilities executive from New Jersey who was a direct descendent of Phineas, gave a hefty donation to build the hall and maintain it for ten years. But with or without such a benefactor, upon researching the legacy of Phineas Hardy, his own contributions, and those of now TEN generations of Hardys in Hollis, I conclude that he is VERY worthy of the honor bestowed upon him!

Phineas Hardy, Sr. lived to the very old age of 86 (1726-1813). He was born in Bradford, MA, married his wife Abigail Gage Hardy in 1749, had his first child (of 9), Elizabeth, in 1750, then moved his young family to Hollis in 1751. Upon arrival in Hollis, he purchased land with a cabin on it, situated at the south end of Long Pond (now called Silver Lake). His next SIX children were born in that small cabin (making nine people total). Can you imagine?

He then built a gambrel roof home at the head of Long Pond in 1764 (pictured left in 1959). This home was owned and occupied by the Hardy Family for 100 years. His mother, Martha, came from Bradford, MA to Hollis upon completion of the new home and lived with her son, daughter-in-law, and ultimately 9 grandchildren until she passed in 1783 at age 83. Unfortunately, the home burned down in the 1980s. While Phineas’ homestead no longer exists, the home his son, Jesse Hardy, built at 57 Federal Hill Road sits on the land Phineas owned. Jesse Hardy lived in this home, followed by Jesse’s son, Amos. It was built in 1788 and our own church members, Lee & Beth Harper, live in that house today! See images below. 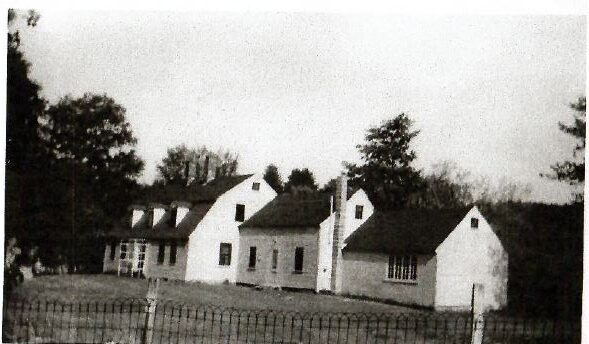 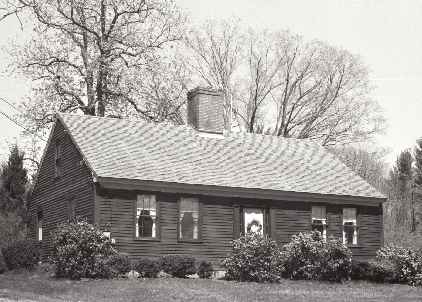 Jesse Hardy’s homestead at 57 Federal Hill Road as it used to look, built on his father’s (Phineas Hardy) land in 1788. It has been added on to since then but is still standing and lived in today. Click image to see how it currently looks.

Mr. Hardy engaged in agricultural pursuits and became a respected citizen of the town and church. He first appeared as a taxpayer in 1752 and was listed as a member of the church in 1755. Hanging in the church today, there are two drawings of the 1804 church pews and gallery. During those times, pews were built, owned, and maintained by the parishioners. There were many Hardy-assigned pews: three in the gallery and six main-level pews. See images below. Click on each image to see larger scale. 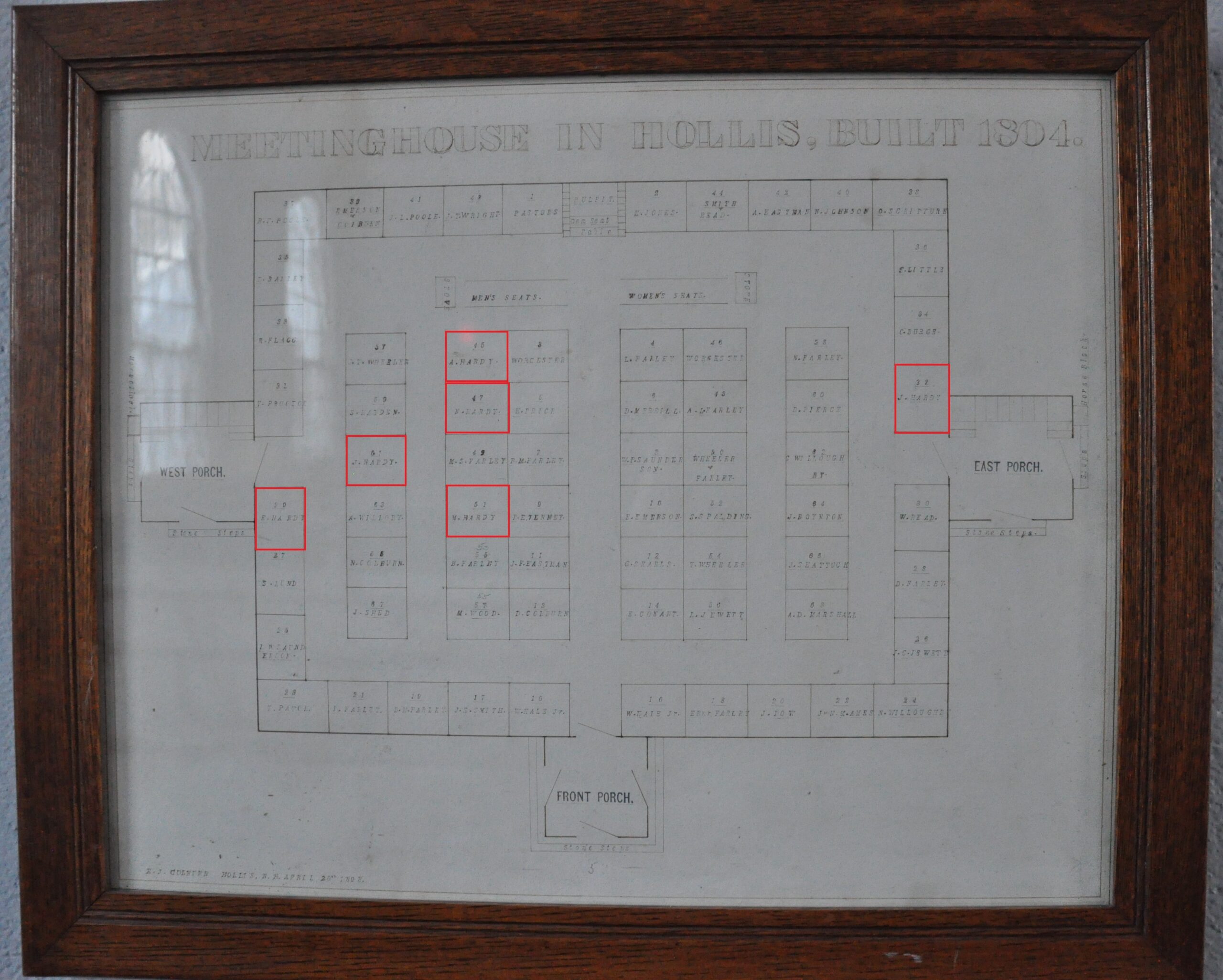 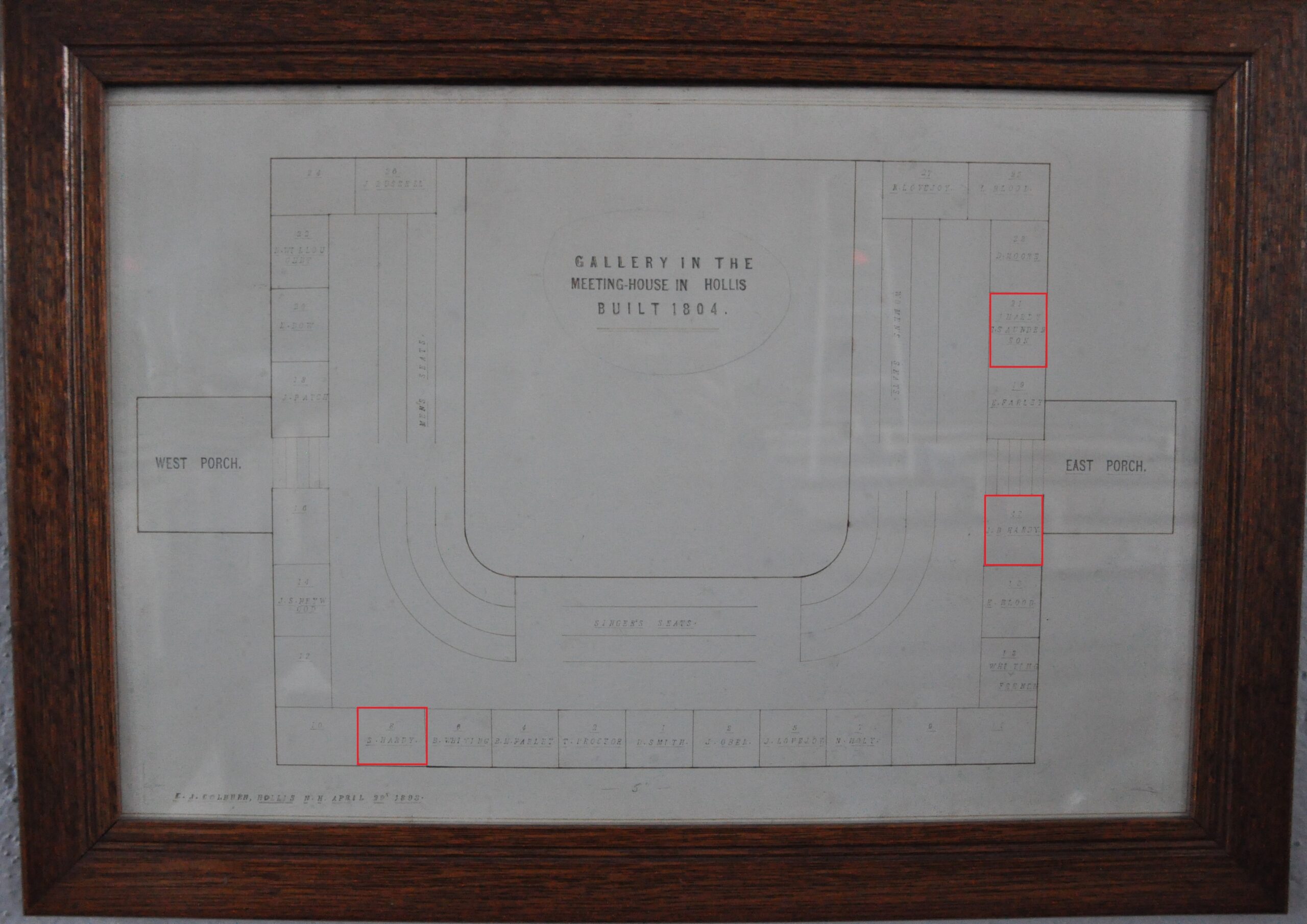 At nearly 50 years old, Phineas, Sr. enlisted and served in the garrison at Portsmouth, NH for 3 months during the Revolutionary War (along with four of his sons, Phineas, Jr., Thomas, Noah, and Jesse). He was described as an honest, industrious, frugal, Christian man who was an excellent and patriotic citizen, respected by all who knew him. He was also known for his humor and great storytelling. Among his favorite yarns: one winter day when he was returning across Long Pond from a visit at Wright Mill, he accidently walked into a large air hole. The water was deep and no aid near. Coming up under the ice and not finding his place of entrance, he swam underneath on a bee line for home. When he arrived at the shore, he called loudly for help, but his family did not respond so placing his back against the ice, his hands and feet on the ground, he made a successful break for liberty. To prove the great force of his exertion he measured the ice and found it 26 inches thick. Can you picture his children rolling their eyes?

Phineas, his wife, his mother, and several of his children and grandchildren are all buried in the church cemetery. In fact, between the four cemeteries in Hollis, well over 100 of Phineas Hardy’s descendants are buried with the Congregational Church Cemetery having at least 49 Hardy’s in their resting place.

For decades, the Deacons of the Congregational Church of Hollis have distributed food boxes to local families in need at Thanksgiving, Christmas, and Easter. Brookdale Fruit Farm has been a critical partner in that endeavor. Much of the non-perishable food is provided to the church from the Scouting for Food program each fall. Crates and crates of non-perishable food is given to the church to fill the food boxes.

The packing of the 40-50 food boxes each distribution is quite the operation itself, and Brookdale’s graciously allows the church to take over a significant area of their warehouse to make it happen. Finally, Brookdale’s also generously provides a bag of apples and/or other fresh produce for each box packed. We are so grateful to the Brookdale organization for their ongoing support of this very important outreach to local families in need! See images below. 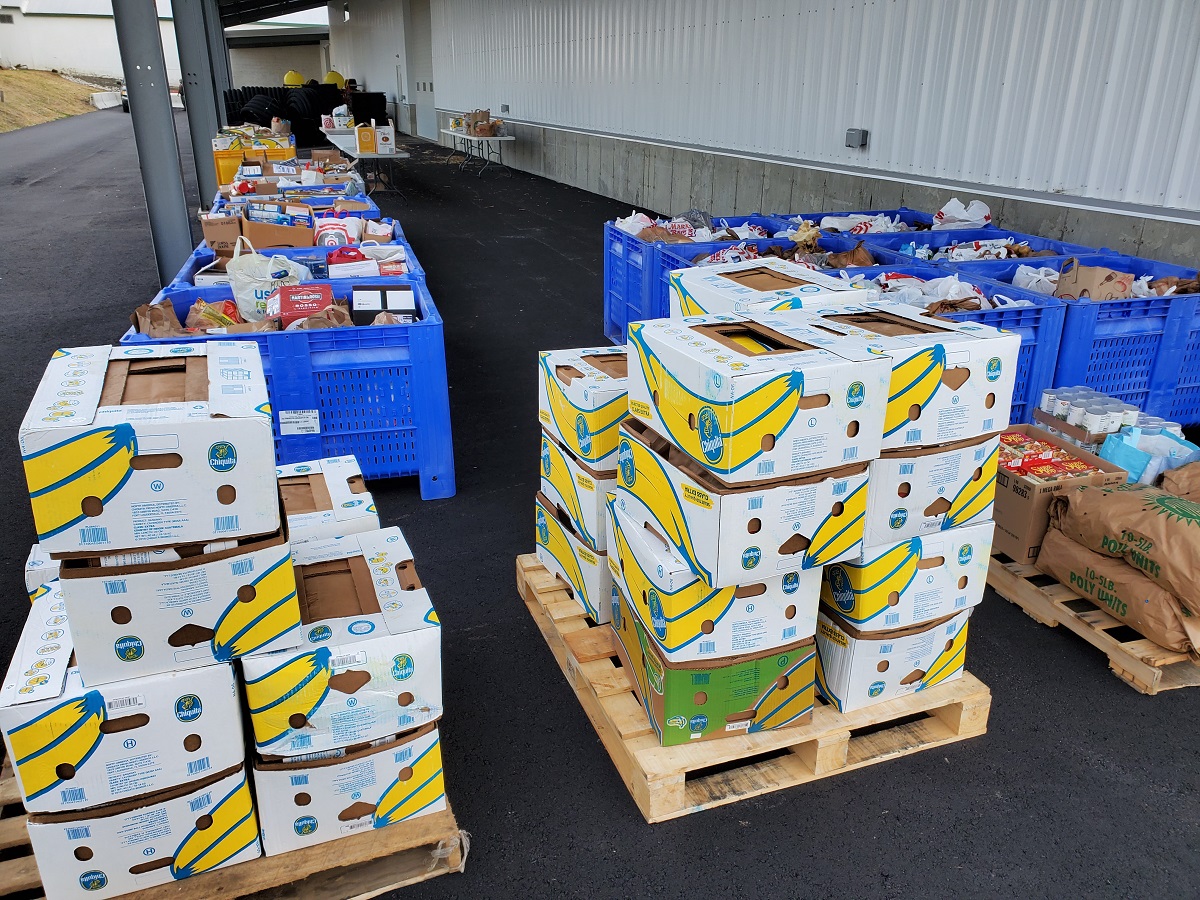 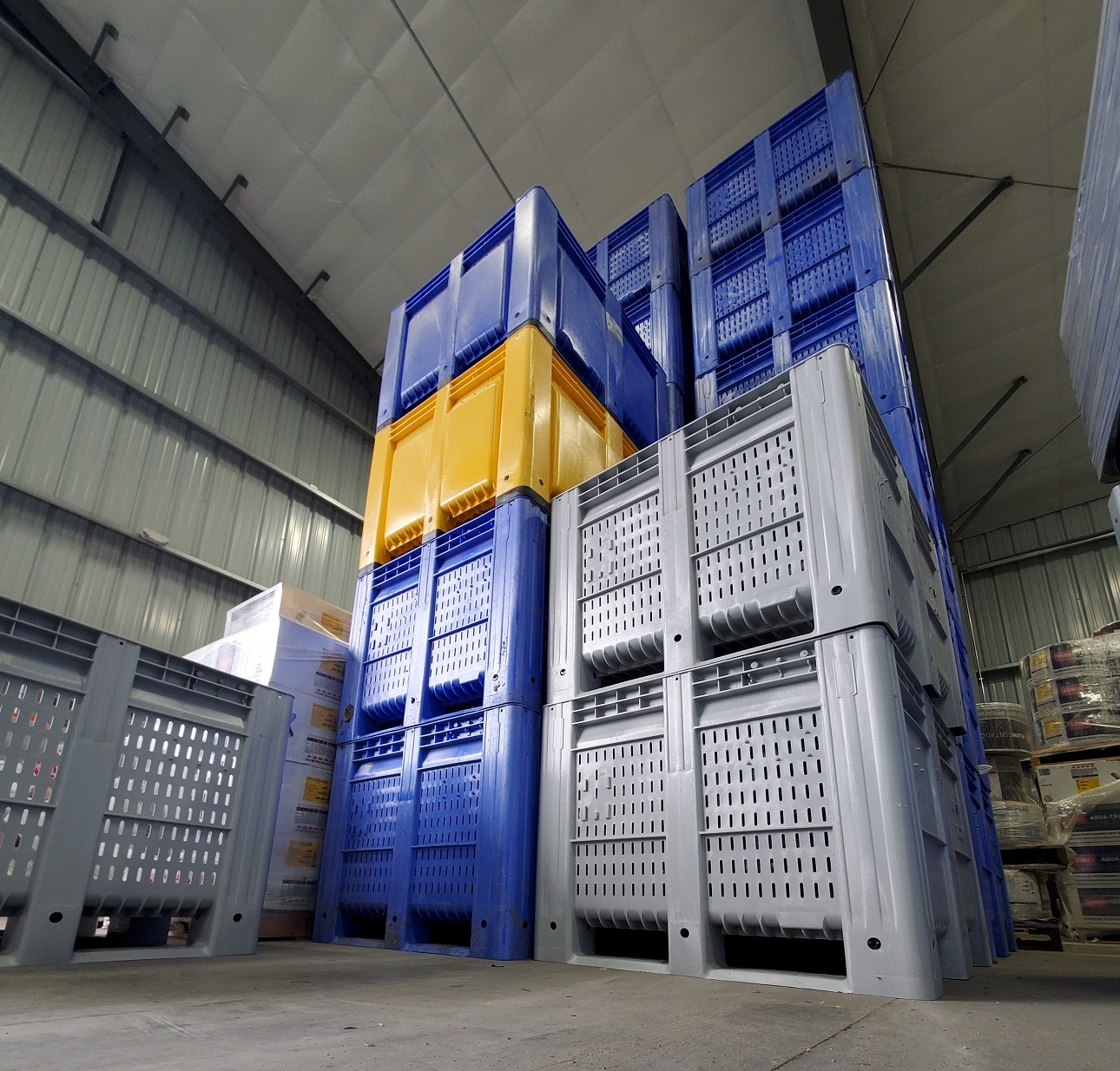 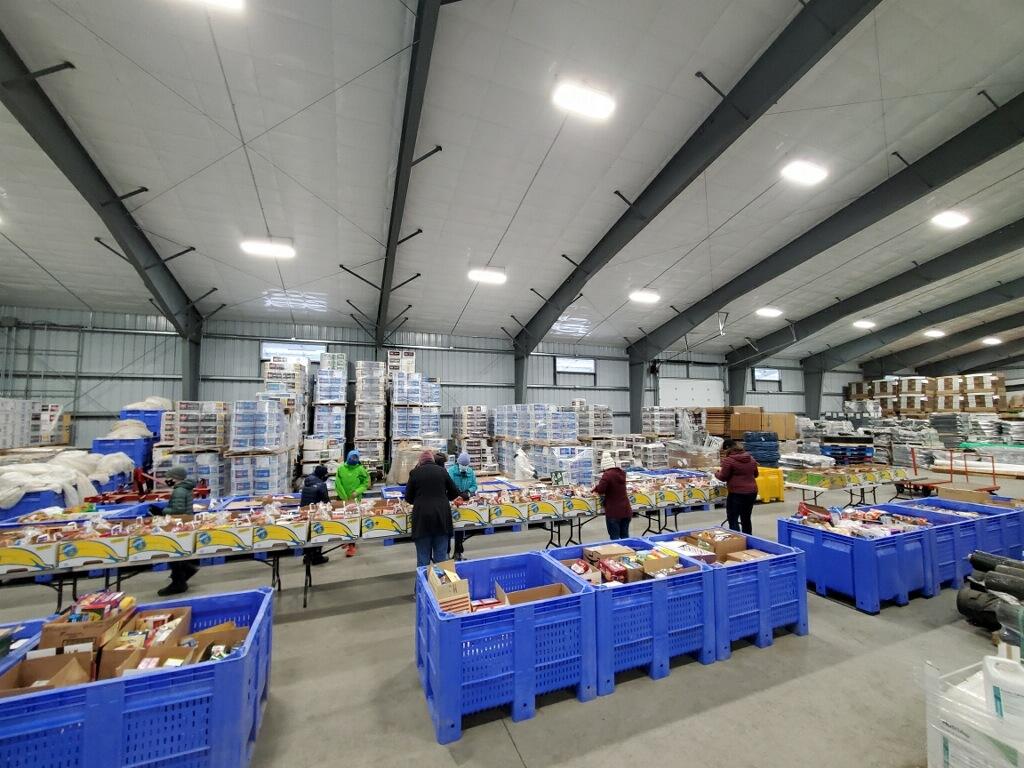 The tie between Brookdale Fruit Farm and Phineas Hardy goes back to the 3rd generation of Phineas Hardy descendants: Edward Hardy (1825-1908). Edward started the business in 1847. It was originally called Hardy and Son in those days. Fast forward to the 5th generation: enter Harold Hardy (1887-1989). Harold was named Deacon Emeritus of the Hollis Congregational Church in 1965. He celebrated his 100th birthday party in 1987 in none-other-than Hardy Hall 😊 (see image below). It was during Harold’s tenure that Brookdale Fruit Farm became incorporated in 1966. 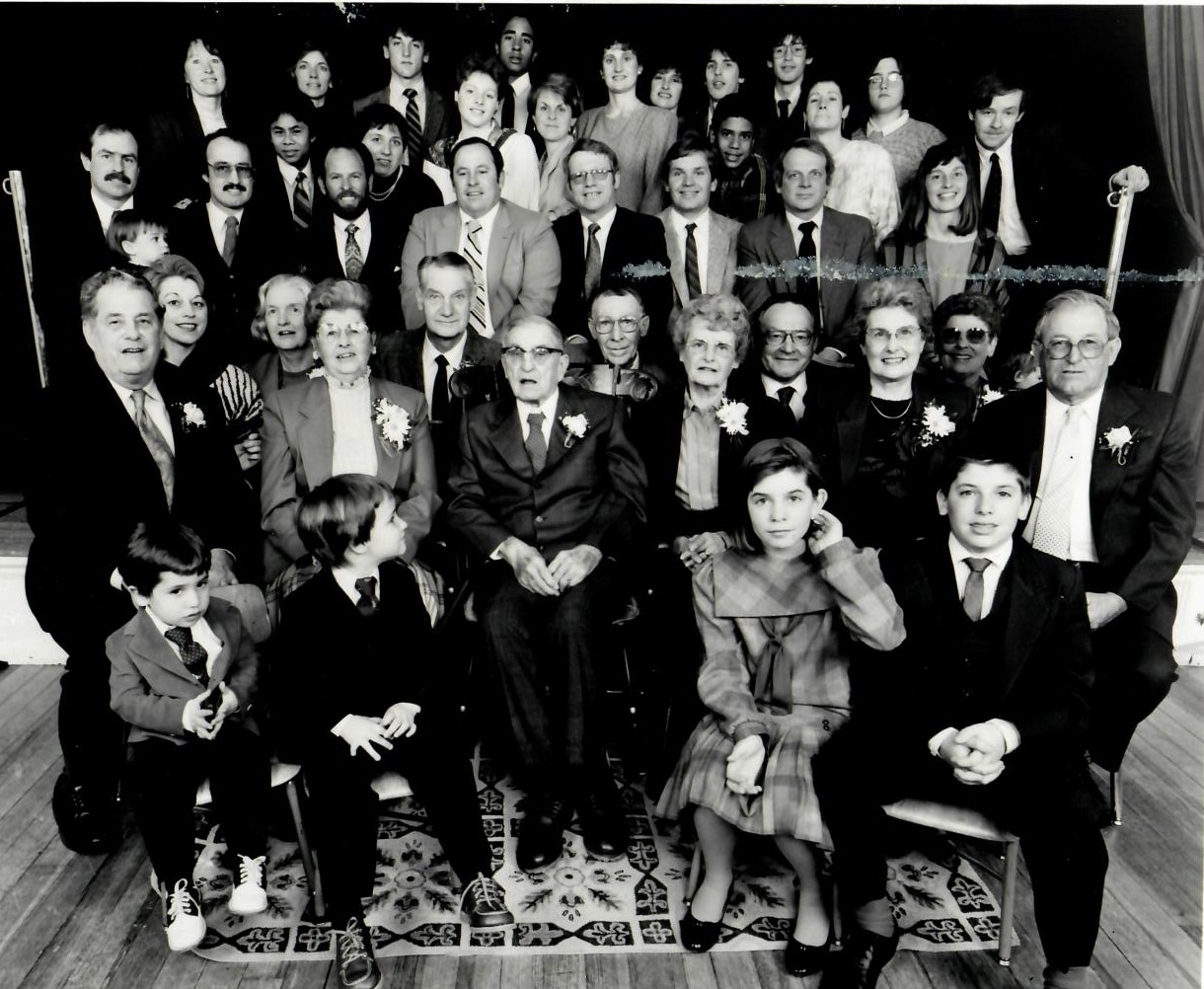 The 6th generation includes two of Harold’s five children, Elwin (1920-2013) and Eleanor (1925-present). Elwin, Eleanor, and Eleanor’s husband Frank Whittemore co-owned and managed Brookdale Fruit Farm together for decades. This is where the Whittemore family name enters. Today, their children and grand-children continue to own and operate Brookdale Fruit Farm. Their great-grandchildren are the 9th generation descendants and 7x-great grandchildren of Phineas Hardy!

Direct descendants of Phineas Hardy’ have also made the following donations to the church (see images below):

Over the 270 years they have resided in and around Hollis, Phineas Hardy and his nine generations of descendants have served the Congregational Church of Hollis, the Town of Hollis, the State of New Hampshire, and their country in so many significant ways. In presenting all the evidence above, it is my hope that when it is safe to use Hardy Hall again, we all remember to pay homage to Phineas Hardy, even if just a nod of the head towards his plaque or a silent prayer of gratitude. I’m sure he would never have imagined the church fellowship hall being named after him, but he has earned it!

Click HERE to read more information about each of the items pictured below and to see larger scale images. 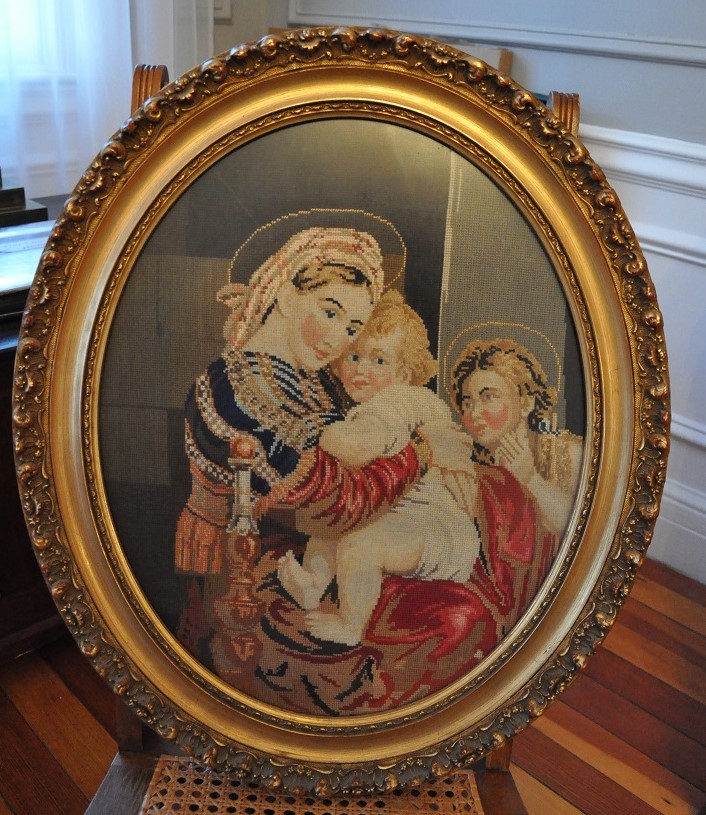 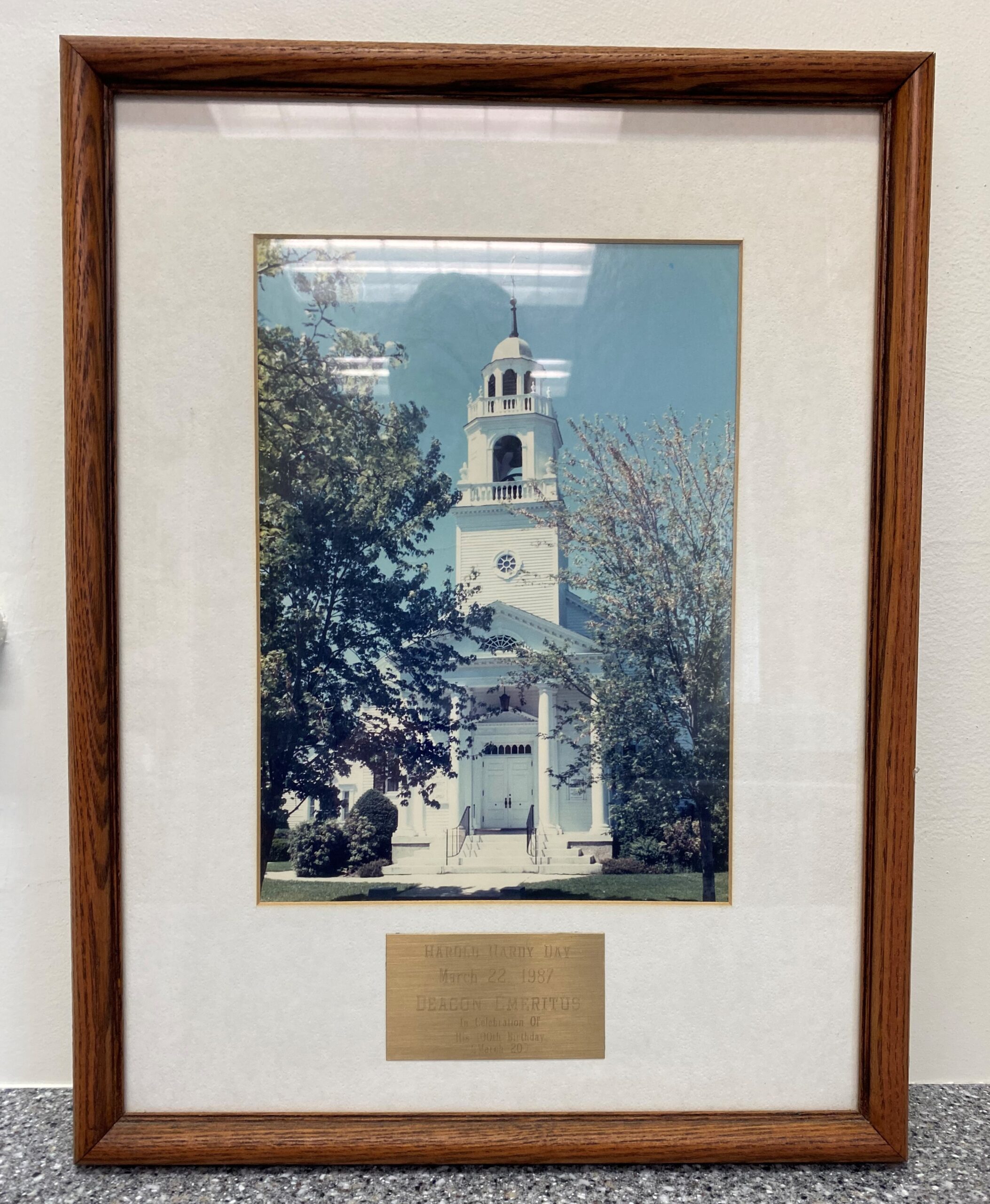 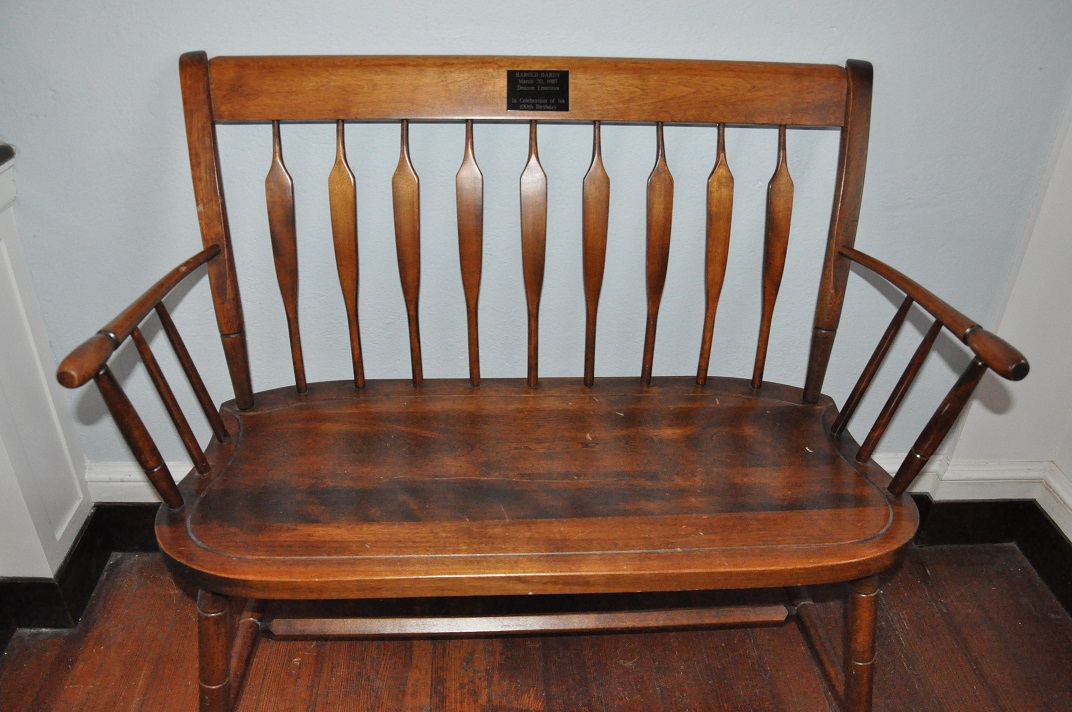 “History is not a burden on the memory but an illumination of the soul.” Lord Acton

Announcements for the week of December 18, 2022