Continuing the “Room Names” series, as a reminder last month I kicked off the series with the Saunders Room, one of the two newest named spaces of our church (having been dedicated last month during the Homecoming/Dedication celebration). This month, we explore one of the two oldest named rooms of the church: Emerson Chapel.

Emerson Chapel is named in memory of Reverend Daniel Emerson, the first ordained minister of the Congregational Church of Hollis (West Dunstable at the time of his ordination). The beautiful chapel was built on the west side of the church that was opened and dedicated in 1925. This was the 4th church built on the site and replaced the church that burned down in 1923. Connected to the Meetinghouse, it originally was its own space when viewing the church from the outside, with a large arched window facing south and two windows facing west. In 1965 the west wing was added to the church which resulted in enclosing part of the west side of Emerson Chapel and one of the west windows was replaced by a door to the new wing. Then in 1999, another renovation adding the elevator and front lobby resulted in enclosing the south side of Emerson Chapel. At that time, the glass of the large arched window was replaced with mirrors inside Emerson Chapel, and two windows were added to the north side of Emerson (one on either side of the fireplace) to provide the natural light lost by losing the south window.

Emerson Chapel as it looked inside and out in 1925: 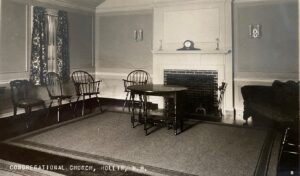 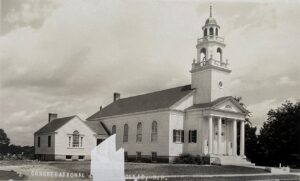 Outside Meeting House and Emerson Chapel 1925
The BOV renovations resulted in a few more changes to Emerson Chapel, though none of them structural:

About Some of the Contents of Emerson Chapel

Started in 1743, our church is rich in history, and throughout the church are pieces of historical significance on display. However, Emerson Chapel (see photo below), by far, has the MOST historical items, so while the room is very much functional as a chapel, a meeting place, a Sanctuary overflow room, and a reading room, it is also a museum! Like a museum, some of the items (annotated) have placards hanging near them with more information. 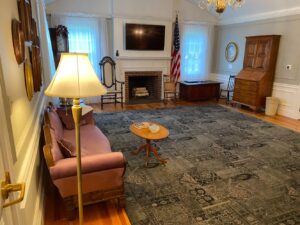 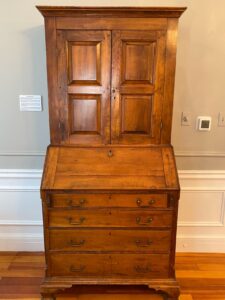 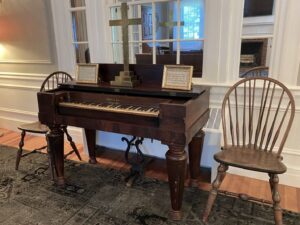 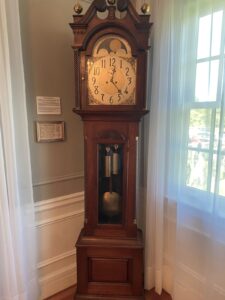 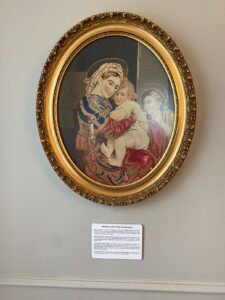 Madonna of the Chair Needlework 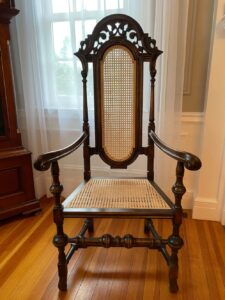 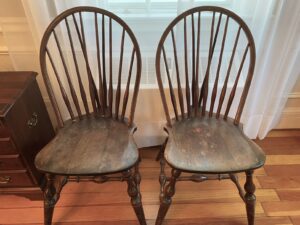 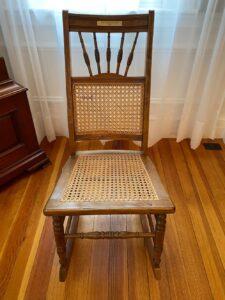 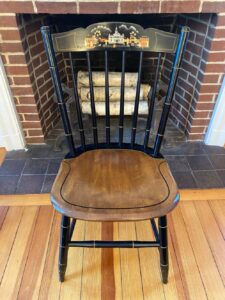 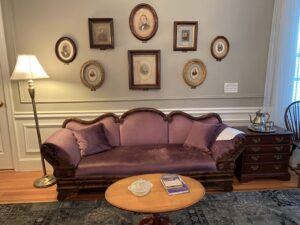 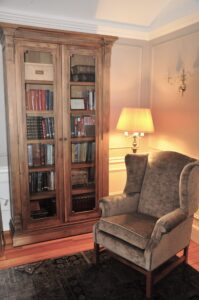 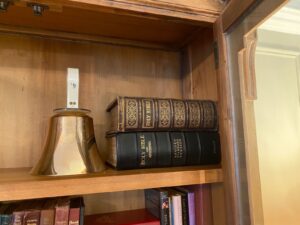 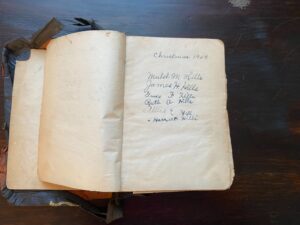 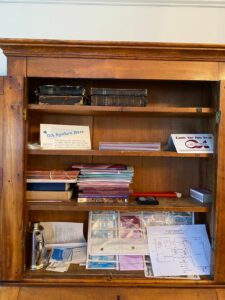 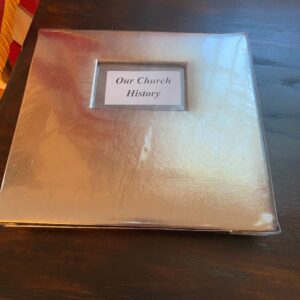 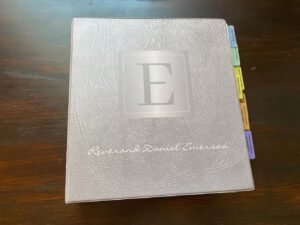 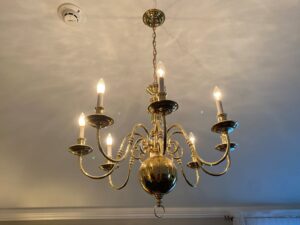 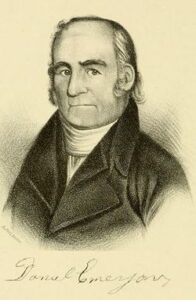 Rev. Daniel Emerson
Much has been written about Rev. Daniel Emerson in my 3-part series about him, (see the April, May, and June 2021 editions of …And the Rest is History), so I will summarize those articles into a paragraph.
A graduate of Harvard, Rev. Emerson served as sole pastor from age 26 – 76 (50 years! from 1743 – 1793) and remained co-pastor along with the Reverend Eli until his death in 1801. His arrival as settled pastor was very important to the town so it could request a Town Charter from the King. A settled pastor was a requirement for requesting a Charter and Hollis (originally spelled Holles) received its charter in 1746. He was greatly loved and respected by the congregation and around the region as he was a visiting pastor to many towns that did not have settled pastors of their own. The town and church grew quickly during his tenure, and part of that was due to his popularity. But Rev. Emerson turned out to be so much more than a much-loved preacher. He was a teacher, helping not only in the local grammar school but preparing men from the Hollis area to enter college. He was a soldier (chaplain) in the French and Indian War, serving in two different regiments. He was one of the original four “Friends of the Library” (Hollis Social Library). And he was an adoring husband, deeply in love with his wife, Hannah, with whom he had 13 children. If you have not read the 3-part series about Rev. Emerson, you should do so to learn more about the fascinating history of this amazing man!

Announcements for the week of January 9, 2022

By Cindy Ryherd This month, the “Room Names” series continues with the Austin Room. The…

Announcements for the week of January 2, 2022

© 2020 The Congregational Church of Hollis, UCC